Enlarge to see shadows within shadows... 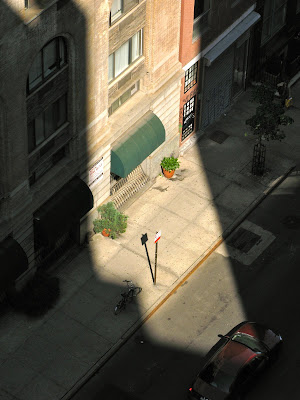 The facade, that part of St. Ann's Church on 12th Street, that NYU and developers decided to keep, adorns the front of the 26 storey megadorm that will soon house 700 students. 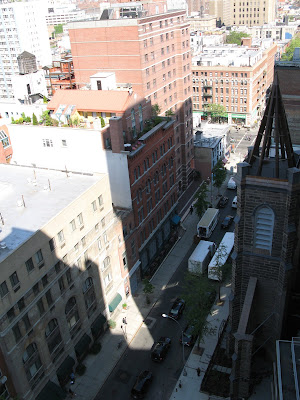 'God's Dorm', (April 16), as it has been dubbed, in Barry Popik's declamatory blogs is about the controversial project's developer Hudson Companies architecture.  (At the blog site, go to Search with that title and date). 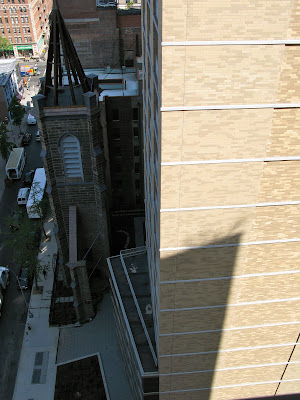 A choice of shadows - I opted for the first one that neatly captured the green store front awning and planted urns and, unexpectedly, other shadows.
*  Yes,  this is the same dorm on which I based my recent haiku - see Live Archives Titles at  side bar,  HAIKU FESTIVAL
Posted by Margaret Gosden at 7:26 AM