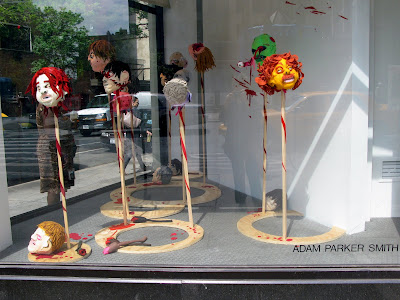 On the corner, at Broadway and East 10th Street, a startling exhibit that captures the attention of passers by this month. 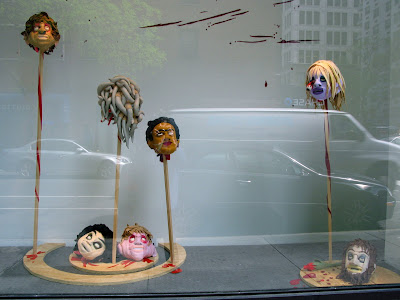 Among the menagerie are imagined creatures, American icons, high school crushes and self-portraits, an installation inspired by an execution scene in Ernest Hemingways's For Whom the Bell Tolls. 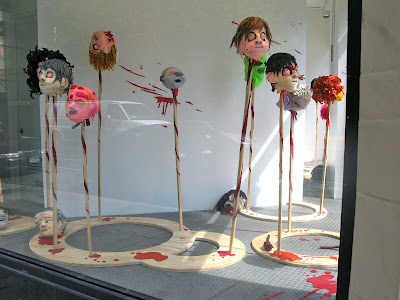 All images seem to have been cleverly fashioned from cut-out pieces of leather and felt, and are fascinating to look at as an 'aestheticized' consumption of violence, as well as a creative use of materials.
Yet this is a reminder of the reality of what war can do to people, as we hear about it today, and how it can be interpreted by an artist influenced by a writer whose novel was set during the Spanish Civil War.  NOTHING CHANGES, does it. 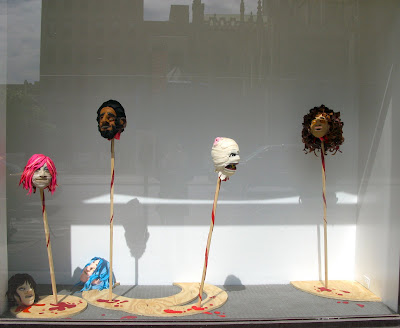 For more information and pictures go to New York Art Beat
NYU Steinhardt School of Culture, Education, and Human Development.
Posted by Margaret Gosden at 10:27 AM