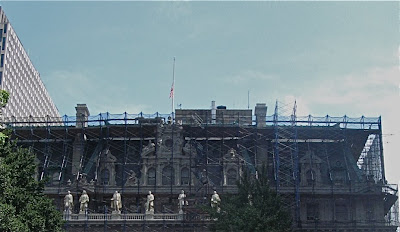 Enlarge for detail - does anyone know who these 7 statues on the balcony represent?
I was unexpectedly released from the call to jury duty for another 5 years, so I wandered out of a heavily protected zone around the Court House, past City Hall (all decked out like a transparant version of Christo), via Newspaper Row. The flag was flying at half-mast today.
Dodging through traffic congestion, so I could peak through wrought iron railings, I saw Paz's Cone flower, this one giving up its pollen to a very busy bee. It had started on the yellow Cone-like flower below, buzzing quickly on to the next one - its yellow and black stripe blending into the yellow petals - before finding, and finally settling on top of the pinker source. You will find Paz's perfect Cone Flower photo filed under Flowers - In The Shade. If I could be so organized!
And SquirrelQueen has made exquisite close-up studies of bees.
Enlarge for detail! 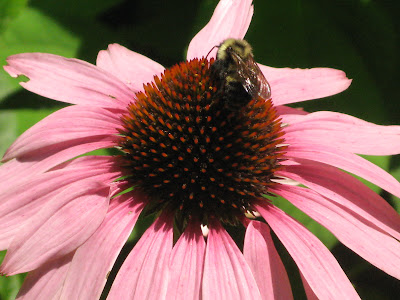 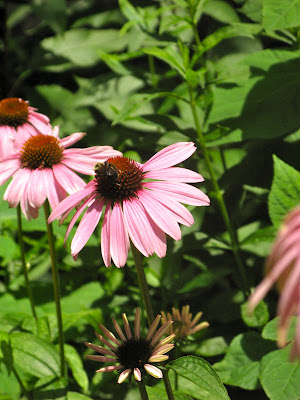 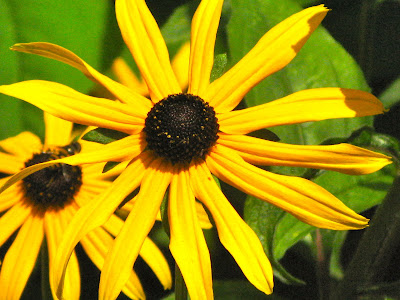 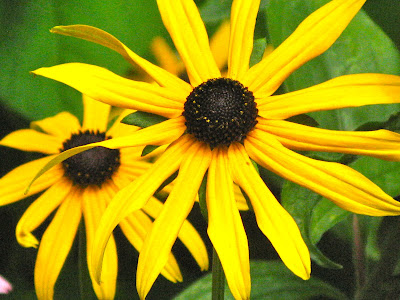 Posted by Margaret Gosden at 9:33 AM